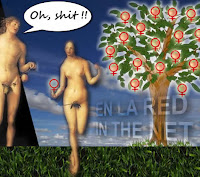 ENGLISH
Who’s Missing at the 'Roe v. Wade' Anniversary Demonstrations? Young Women. -Krista Gesaman , Posted Friday, January 22, 2010 - Today is the 37th anniversary of Roe v. Wade, the landmark Supreme Court case legalizing abortion, and droves of women are prepared to face rainy weather to support their positions during the annual Washington, D.C., demonstrations. But there will be one major difference with the demonstration route this year—it’s shorter. More..

Sexist Beatdown: Who’s Killing Feminism Now? - Posted by Amanda Hess on Jan. 22, 2010, at 11:20 am - The death of feminism ain’t news. Feminism has died a thousand deaths by this point. But wait a second: Today, someone is killing feminism in a totally new way, and this time it involves something called a “diamanté phone cover,” whatever the fuck that is. This, according to Nina Power in her book “One Dimensional Woman.” Power writes:More..

US Abortion Doctor's Killer Found Guilty of Murder . Kansas jury rejects plea by Scott Roeder that he killed George Tiller to protect unborn children - by Chris McGreal , Published on Friday, January 29, 2010 by The Guardian/UK - A jury in Kansas has rejected a plea by a man who admitted killing an abortion [1] doctor that he acted in defence of the unborn and found him guilty of murder . The jury took just 37 minutes to convict born-again Christian Scott Roeder for shooting George Tiller, 67, in the forehead as he attended church last May. Roeder, a 51-year-old airport shuttle driver, faces a mandatory life sentence with the possibility of parole after 25 years. More...

Abortion Rights Go Global: International courts begin to recognize them—and prompt a backlash. - By Michelle Goldberg, Jan. 29, 2009 - In March 2007, the European Court of Human Rights ruled that Poland had to pay 25,000 euros to a woman who was prevented from having an abortion she needed to save her eyesight. When Alicja Tysiac, a severely nearsighted Polish mother of two, became pregnant for the third time in 2000, a series of ophthalmologists told her that she risked going blind should she bring another baby to term. More...

Alpha Wives: The Trend and the Truth - NYT, January 24, 2010- Why are more American men marrying women who make more money than they do? Maybe it is the simple fact that more higher-earning women are available. And social norms have changed, with the benefits of such unions supposedly winning out over the perceived blow to the male ego. More..

The Taliban Would Applaud - NYT Editorial - January 27, 2010 - It is easy to see that a woman’s human rights are violated when a government requires her to wrap her body and face in an all-concealing veil, as the Taliban used to do when it ran Afghanistan. It should be just as easy to see the violation when a French parliamentary panel recommends, as it did this week, barring women who wear such veils — the burqa and the niqab — from using public services, including schools, hospitals and public transportation. (Muslim head scarves have been banned from public school classrooms since 2004.) More..

Our daughters should not be cut . Female genital mutilation isn't just a problem in other countries. It's happening here, and we need to face it - By Lynn Harris,Jan 24, 2010 - FGM in the USA Some girls came back from this past winter break with Christmas loot, ski tans, still more to say about "Twilight: New Moon." But others, women's health experts suspect, came back with deep, and literal, wounds to heal. According to human rights advocates and service providers, families in the U.S. who have immigrated from countries where female genital mutilation (FGM) is practiced often take their daughters home, when school is out, to be cut. More...

The 6 Weirdest Things Women Do to Their Vaginas - By Andy Wright / AlterNet - What the hell is vaginal rejuvination? Who would want their vagina bleached? Here's a list of the strangest ways to make your genitals meet the demands of the beauty industry. READ MORE

The Female Factor. Female Bankers in India Earn Chances to Rule - By Heather Timmons- MUMBAI, NYT, January 28, 2010 — In New York and London, women remain scarce among top bankers despite decades of struggle to climb the corporate ladder. But in India’s relatively young financial industry, women not only are some of the top deal makers, they are often running the show. HSBC, JPMorgan Chase, Royal Bank of Scotland, UBS and Fidelity International in India are run by women. So is the country’s second-biggest bank, Icici Bank, and its third-largest, Axis Bank. Women head investment banking operations at Kotak Mahindra and JPMorgan Chase and the equities division of Icici. Half of the deputy governors at the Reserve Bank of India are women.More...

WORLD SOCIAL FORUM:"Machista" but Valued by Feminists Nonetheless - Mario Osava * - IPS/TerraViva - Porto Alegre, Brazil, Jan 30 (IPS) - The World Social Forum (WSF) "changed our lives," although it continues to be "machista," with men significantly outnumbering women in its organisation and almost all discussion panels, commented Nalu Farias, coordinator in Brazil of the World March of Women. More..

Kids in Crisis (Behind Bars) - By NIcholas D. Kristof - , NYT Op-Ed Columnist, January 28, 2010- We all have blind spots, and I think one of mine — shared by many other Americans, perhaps including you — has to do with prisons.

Over the years, I’ve written many columns about Guantánamo Bay, Abu Ghraib and torture, not to mention the abuses that go on in Chinese and North Korean prisons. But I’ve never written about the horrors that unfold in American prisons — especially juvenile correctional facilities — on a far larger scale than at Guantánamo. More..

Democracy Now! Exclusive: Blackwater’s Youngest Victim - Published on Friday, January 29, 2010 by Democracy Now! - Father of 9 Year-Old Killed in Nisour Square Gives Most Detailed Account of Massacre to Date - Today a Democracy Now! exclusive report from Jeremy Scahill about a nine year old boy, shot in the head and killed by Blackwater in the infamous Nisour Squre massacre. His father, who is suing the private military contractor, provides the most detailed eyewitness account of the massacre to date. Scahill has conducted an in-depth investigation of the massacre and of nine-year old Ali Kinani's death. He files an exclusive report with Rick Rowley of Big Noise Films. More..

For Transgender People, Name Is a Message - By William Glaberson – NYT, January 24, 2010 - Katherine used to be Miguel. Olin had a girl’s name. And in October, Robert Ira Schnur, 70, became Roberta Iris Schnur, a Manhattan retiree with magenta lipstick and, she noted the other day, chipped silver nail polish. More..

Italy’s African Heroes - By Roberto Saviano, January 25, 2010, NYT - Naples, Italy - WHEN I was a teenager here, kids used to shoot dogs in the head. It was a way of gaining confidence with a gun, of venting your rage on another living creature. Now it seems human beings are used for target practice. More..

Calif. Governor Looks South of the Border for Prisons , by Wyatt Buchanan- Published on January 26, 2010 by the San Francisco Chronicle .- Sacramento -- Gov. Arnold Schwarzenegger said Monday that the state could save $1 billion by building and operating prisons in Mexico to house undocumented felons who are currently imprisoned in California. The governor floated the idea during an appearance at the Sacramento Press Club in response to a question about controlling state spending. His speech came on the same day that changes in prisoner parole and credits for time served took effect. More..

National Broadcast Exclusive…Almost Deported Before the Quake, Haitian New Yorker Jean Montrevil Speaks Out *In a national broadcast exclusive, we speak with prominent Haitian community activist, Jean Montrevil. He's just been released from jail after being held for three weeks by immigration authorities. His scheduled deportation was indefinitely put off after the earthquake in Haiti. We also speak with the Rev. Doctor Donna Schaper, as well as attorney Ira Kurzban.
Listen/Watch/Read: http://www.democracynow.org/2010/1/26/national_broadcast_exclusivealmost_deported_before_the

New Life in a Land Overflowing With Pain - By Damien Cave , NYT- At a tent outside the general hospital in Port-au-Prince, the joy found in most maternity wards has been lost.

Social organizations demand cancel the external debt and reject the militarization of the country : To the governments and organizations gathered in Montreal on the situation in Haiti - The recent tragedy in Haiti shocked the people of the world for its destructive impact, the environmental and social consequences, and especially for the loss of human lives. Unfortunately, natural disasters are not new in that Caribbean country, which was impacted in 2008 by hurricanes Hanna and Ike. More...

Haiti Detains Americans Taking Kids Across Border - By The Associated Press - January 31, 2010 - Port-Au-Prince, Haiti (AP) -- Ten American Baptists were being held in the Haitian capital Sunday after trying take 33 children out of Haiti at a time of growing fears over possible child trafficking. More...

Hey David Brooks, How Dare You Blame Haitians? - By Amy Wilentz, The Nation - Armchair commentators like David Brooks, who know nothing about Haiti, have rebuked suffering Haitians from the comfort of the U.S. and Europe. more »

Haiti’s Children Adrift in World of Chaos - By Deborah Sontag - Croix des Bouquets, Haiti , January 27, 2010— Not long after 14-year-old Daphne Joseph escaped her collapsed house on the day of the earthquake, she boarded a crowded jitney with her uncle and crawled in traffic toward the capital, where her single mother sold beauty products in the Tête Boeuf marketplace. “Mama,” she said she repeated to herself. “Mama, I’m coming.”..More...

IMMIGRATION SOLUTIONS: Facing pressure from activists and over 80 lawmakers, including at least eight Republicans, the Obama administration agreed to grant undocumented Haitian immigrants already in the U.S. Temporary Protected Status (TPS). Former deputy national security adviser to former President George W. Bush, Elliot Abrams, and others have suggested the U.S. should go a step farther by increasing the number of Haitians the U.S. lets in so remittances sent to the country would rise and provide "critical help to the nation's rebuilding effort." Though Abrams' proposal sounds attractive, it's unfeasible given the broken nature of the nation's rigid and outdated immigration system. Changing the numeric limits on immigration levels currently in place would require unprecedented legislative action. In the unlikely event that Congress were to approve such a proposal, it would only exacerbate the incoherence of the fragmented immigration system that is already in place, and encourage a patchwork of immigration laws that jump from one crisis to another. What the government can do is grant reprieve through the full employment of discretionary administrative options, which allow for the expansion of humanitarian parole for otherwise inadmissible Haitians who need urgent medical attention or have strong family ties to the U.S. Ultimately, passing comprehensive immigration reform that creates a more flexible system that can respond to changing economic and international needs would allow the U.S. to adequately respond to changing conditions abroad and at home.(From The Progress Report)

Zelaya to Leave Honduras as Coup Leaders Cleared - In Honduras, ousted president Manuel Zelaya is due to leave the country today after President-elect Porfirio Lobo is sworn into office. Zelaya has taken refuge in the Brazilian embassy in Tegucigalpa since returning to Honduras in September. On Tuesday, the Honduran Supreme Court dismissed all charges against six military commanders involved in the June 28th coup that removed Zelaya from office. We go inside the Brazilian embassy to speak with Democracy Now!'s Andrés Conteris.
Listen/Watch/Read: http://www.democracynow.org/2010/1/27/honduras