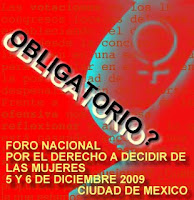 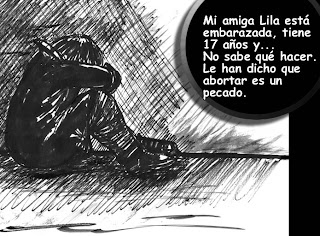 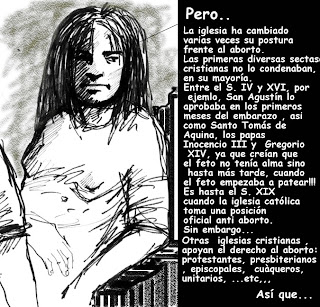 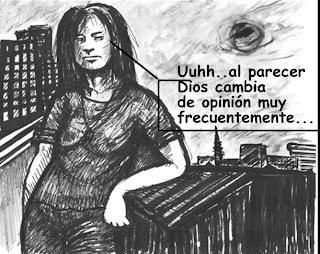 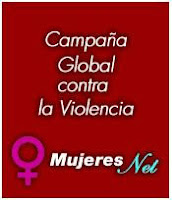 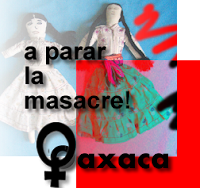 The rate of sexual assaults within the US military also exceeds that of the general population. A Pentagon report earlier this year found one in three female servicemembers are sexually assaulted at least once during their enlistment. Sixty-three percent of nearly 3,000 cases reported last year were rapes or aggravated assaults. Despite what some have called an epidemic of military sexual trauma, the delivery of healthcare to women veterans remains grossly inadequate.

AMY GOODMAN: Unfortunately, health insurance is just one of many serious problems vets face. Veterans account for up to a quarter of all homeless in the country. Up to one in five veterans of the wars in Iraq and Afghanistan suffer post-traumatic stress disorder. Vets face suicide rates double the national average.

Meanwhile, the rate of sexual assault within the military also exceeds that of the general population. A Pentagon report earlier this year found one in three female service members are sexually assaulted at least once during their enlistment. Sixty-three percent of nearly 3,000 cases reported last year were rapes or aggravated assaults. Despite what some have called an epidemic of military sexual trauma, the delivery of healthcare to women veterans remains grossly inadequate.

For more, we’re joined in our firehouse studio by Anuradha Bhagwati. She is the executive director of Service Women’s Action Network, an advocacy group for women vets. She’s also a former captain in the US Marine Corps and a former Democracy Now! producer.

AMY GOODMAN: Start off by talking about the issues women face.

ANURADHA BHAGWATI: Alright. Well, one of the things that a lot of people don’t realize is women make up 15 percent of today’s military, so about one in seven soldiers are female. And the face of war has completely changed because of the conflicts in Iraq and Afghanistan.

Women are being used on the so-called front lines every single day. And commanders—and by that, I mean infantry commanders themselves—are violating DOD policy every single day by actually degrading women at the lowest levels of combat. So you have non-infantry support soldiers who are women, and male, serving with the infantry, attached to infantry units, doing combat patrols, kicking down doors.

And it’s completely unprecedented. The DOD did not expect this, going into these wars, that women would be virtually fully integrated into the military on the ground. And so, congressional policy hasn’t yet caught up with what’s playing out in these conflicts.

AMY GOODMAN: And here at home, the whole—the figures that I just laid out about what happens to women in the military, the level of assault, I mean, that is just astounding. Lay out what the figures are.

ANURADHA BHAGWATI: Right, it is astounding. Approximately one in three women are sexually assaulted. And I would say virtually every woman experiences some form of sexual harassment in the military. I think it’s underreported, in part because women themselves are so ingrained and indoctrinated to sort of cope in an all-male environment, which is, on a daily basis, extremely abusive, whether that’s verbally or physically, that, you know, in order to survive, say, a four-year tour in the military, you do have to put on a suit of armor that allows you to simply get by from day to day, you know, dealing with kind of the systemic, you know, verbal harassment, you know, pornography in the barracks, this type of thing.

And so, you know, that kind of trauma that results from, again, several years of what’s likely verbal harassment and quite possibly sexual assault can lead to post-traumatic stress disorder, major depression, anxiety disorder, all of which are extremely debilitating conditions. So women who are coming out of the military, whether or not they’ve actually been in combat, been deployed overseas, are likely to suffer from various sorts of trauma. And, you know, any time a soldier experiences trauma, they’re more likely to need help from an institution or a nonprofit coming out.

And the VA is completely—the Department of Veterans Affairs is completely overwhelmed, with veterans, in general, but again, they weren’t prepared for this surge of women veterans coming back from these two conflicts, you know, that they are under-resourced in terms of female counselors, female mental health professionals, female physicians. And for women who have experienced trauma, it is often necessary that they be treated by female health professionals. You know, to walk into a VA hospital having been sexually harassed or sexually assaulted, it can be a nightmare for a woman veteran. You know, she is likely to not come back at all.

AMY GOODMAN: Why a nightmare?

ANURADHA BHAGWATI: Well, it’s an all-male environment, which women veterans are used to, but a lot of the patients can harass, you know, their fellow women patients. The staff members—you know, depending on what hospital you go into, because some VA hospitals are—do treat women fairly well. The ones that I’ve been to do not treat women well. It’s really hit or miss. So you’re sort of—you’re taking a risk by using VA facilities if you’re a woman.

You know, if you have a child, there’s no guarantee of childcare. You may have to travel several hours to reach a VA hospital.

AMY GOODMAN: Anuradha Bhagwati, you testified before the House twice—the House Committee on Veterans’ Affairs, Subcommittee on Disability Assistance and Memorial Affairs—last July. Talk about the examples that you used to illustrate what happens in the VA. For example, the Iraq veteran who checked herself into inpatient psychiatric care.

ANURADHA BHAGWATI: Sure. A lot of these units are not equipped to deal with women, so what you often find is that women are being forced to share facilities with male patients. So, in this particular example, an Iraq veteran was going through an extreme episode of PTSD, was feeling suicidal, and so she checked herself into a California VA hospital and was forced to share bathroom facilities with men, was forced to share a facility with a peeping tom, was told by a nurse practitioner that she had to eat with men or she wouldn’t be able to eat at all, she wouldn’t be given any food.

And that kind of treatment is all too common. You know, there’s a real lack of privacy and of understanding that, you know, closed curtains means you have to close the curtain, this type of thing. I mean, I could give you any number of examples at local hospitals here where that’s the case. You know, the VA is looking at having private female clinics in every single hospital, but that’s—you know, that’s years down the road. It’s really up to individual VA managers to make that happen on the ground.

AMY GOODMAN: You also described to the House subcommittee a woman veteran from Afghanistan, single mom who was raped in theater.

ANURADHA BHAGWATI: Yes. I mean, that’s also extremely common. You know, there were about 3,000 reported sexual assaults last year, which is an extremely low estimate. I mean, those were reported, which means that women and men who had experienced sexual assault went through the formal procedures to tell their chain of command. It’s—

AMY GOODMAN: Say that number again. How many a year?

ANURADHA BHAGWATI: Something like that. And what we believe is that it’s about half of what is actually occurring. There are several reports that indicate that actual assaults are much higher. To actually report an instance of sexual harassment or sexual assault takes a great deal of courage, but not just courage, a lot of luck. It depends on your commander. It depends on your command climate. It depends on whether they’re actually going to support you. And it’s very likely that your commander will not just not support you, but further punish you or allow further harassment of you by the men and women in your command. So, you know, you’re taking a lot of risk by reporting either sexual harassment or assault. Oftentimes you end up being the victim again. And you cannot transfer out of your unit just like that. You can’t quit your job.

You know, in fact, it’s useful to look at Senator Franken’s recent legislation, sexual assault against military contractors. His legislation would allow a contractor to sue his or her employee for sexual assault, something that isn’t the case for women and men in the military who are sexually assaulted. So if this legislation goes through—

ANURADHA BHAGWATI: Senator Franken is concerned about—you know, there’s a high-profile case of a military contractor in Iraq who was kept in a Conex box for a week, and she was sexually assaulted by her fellow employees. She wasn’t allowed to sue the contractor at that time. This legislation that Senator Franken is putting through Congress would allow her and all contractors to sue their employees in these cases of sexual assault.

Women in the military who are sexually assaulted cannot sue the Department of Defense for failure to act, right? So there are really very few protections against you if you report a sexual assault or sexual harassment. You can’t quit your job. You can’t just transfer to another unit. You’re completely, you know, at the whim of your commander.

AMY GOODMAN: And the story of the woman who was raped in theater coming back to a VA facility for treatment?

ANURADHA BHAGWATI: Yes, I mean, that’s one of many examples. You know, SWAN, Service Women’s Action Network, the organization I direct, we have clients—we have legal services, pro bono legal services, for women veterans and male veterans who are victims of sexual assault. And it’s very common for veterans who have experienced sexual assault or sexual harassment to just refuse to use the VA after a bad experience. Women under-utilize the VA, to begin with, whether or not they’ve been sexually traumatized in the military.

There is, you know, a male bias in the VA, whether that’s the actual hospitals or the benefits administration. I mean, we’re also seeing in the claims process that, you know, for the average veteran it’s a nightmare to even file a claim for compensation, a disability claim. Say you come back from war with PTSD; it can be an absolute nightmare, you know, months and months of paperwork and wrangling with the bureaucracy. For women, it appears that there is a male bias, especially when it comes to MST claims. And we’re actually working on pushing legislation through Congress right now.

ANURADHA BHAGWATI: You know, trauma from military experience is extremely common. When you’ve been hurt by the military, you’re less likely to trust the VA. It’s extremely important that nonprofits who are serving veterans get the support that they need and that the civilian-veteran partnerships that are out there also get the funding that they need, because, you know, our government is not doing its job right now. We need to pick up the slack for them.

AMY GOODMAN: So you’re recommending the support of nonprofits. What else, when it comes to veterans?

ANURADHA BHAGWATI: I mean, I think we should—we should realize that, you know, veterans are in our midst, right? I mean, if approximately one in four homeless people are veterans, it’s important to look at the shelters that exist in our communities, at the social service agencies. And it’s important to educate everyone involved in serving the normal local population that there are veterans here. They have very specific needs from military service, and unless we address those needs, we’re going to see more indigence, more unemployment, more homelessness.

AMY GOODMAN: Anuradha Bhagwati, I want to thank you very much for being with us, executive director of SWAN. That’s the Service Women’s Action Network, an advocacy group for women veterans. She is a former captain in the United States Marine Corps.