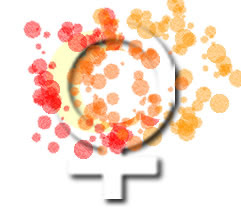 From The Progress Report

On Saturday, one Republican joined 219 Democrats in the House of Representatives to pass sweeping health care reform legislation, a $1 trillion bill that the Congressional Budget Office says would not add to the budget deficit and would expand health insurance to 36 million Americans. However, the bill's passage has come with considerable compromise. Shortly before the final vote, the House passed an amendment sponsored by Rep. Bart Stupak (D-MI) that sharply restricts the availability of coverage for abortions and "goes beyond long-standing prohibitions against public funding for abortions, limiting abortion coverage even for women paying for it without government subsidies." Stupak argued that the amendment would garner more support from conservative Democrats for the overall bill. But of the 64 that voted for his measure, just over 20 ended up voting for bill. Despite Stupak's amendment, the bill contains added benefits for women such as ending discriminatory pre-existing condition clauses -- measures which House Republicans indicated this weekend that they "object."

THE STUPAK AMENDMENT: The so-called Hyde Amendment -- a measure first passed in the late 1970s -- bars the use of federal Medicaid funds for most abortion procedures. Before the introduction of Stupak's amendment, the House bill contained the Capps Amendment, a compromise that maintained the Hyde Amendment restrictions by specifying that subsidy dollars could be used only to end pregnancies that threaten the life of mother or result from rape or incest (Hyde allows for this). Other kinds of abortions would have to be funded with private premiums. But the House passed Stupak's much more restrictive amendment after efforts to arrive at a compromise "fell apart." In fact, the Stupak amendment goes further than any other federal law to restrict a woman's access to abortion. The measure effectively bans public and private health insurance plans in the Exchange from covering abortions by prohibiting public funds from being spent on any plan that covers abortion even if paid for entirely with private premiums. The Center for American Progress Action Fund's Jessica Arons noted that "no plan that covers abortion services can operate in the Exchange unless its subscribers can afford to pay 100% of their premiums with no assistance from government 'affordability credits.'" While the amendment provides only the narrowest exceptions, it also allows for discrimination against abortion providers. "With a single amendment, Congress is making a legal medical procedure potentially unattainable for a huge number of American women," said MSNBC's Rachel Maddow last night. "One in three women will have an abortion in their lifetime," Arons adds. "Eighty-seven percent of employer plans offer abortion coverage. None of that will matter if the Senate takes its cues from the House. In every other way, this bill will expand access to health care. But for millions of women, they are about to lose coverage they currently have and often need," she said.

PRO-CHOICE CAUCUS STRIKES BACK: Reps. Diana DeGette (D-CO) and Louise Slaughter (D-NY), who co-chair the Congressional Pro-Choice Caucus, said they have more than 40 signatures -- more than enough to derail final passage of health care reform in the House -- in a letter stating that the Stupak Amendment "represents an unprecedented and unacceptable restriction on women's ability to access the full range of reproductive health services to which they are lawfully entitled." "We will not vote for a conference report that extends abortion restrictions beyond current law. We think that's fair. That's the compromise we reached this summer," DeGette said last night on MSNBC, adding, "We're not going to accept language that vastly restricts a woman's legal right to choose." Seeming to offer his support for DeGette's position, President Obama said yesterday in an interview with ABC News that "there needs to be some more work before we get to the point where we're not changing the status quo." "I want to make sure that the provision that emerges meets that test," he said, "that we are not in some way sneaking in funding for abortions, but, on the other hand, that we're not restricting women's insurance choices." Sen. Claire McCaskill (D-MO) also announced her opposition to the Stupak amendment. Rep. Debbie Wasserman Schultz (D-FL) said yesterday, "I am confident that when it comes back from the conference committee that that language won't be there, and I think we're all going to be working very hard, particularly the pro-choice members, to make sure that's the case."

GOP GONE WILD: On the sidelines of the Stupak amendment debate, Republicans offered their own rhetorical restriction on women's rights on the House floor on Saturday, shouting down members of the Democratic Women's Caucus who were giving statements in support of how the House health care bill would offer added benefits for women. Indeed, one key measure in the House bill provides that insurers in the individual market would no longer treat domestic violence and other issues affecting women as a pre-existing conditions. The Republicans -- led by Rep. Tom Price (GA) -- repeatedly talked over them, screamed, and shouted, "I object, I object, I object, I object, I object!" The moves amounted to "the Republicans' back-of-the-hand treatment to women," Wasserman Schultz said of the GOP's obstructions. Rep. Mary Jo Kilroy (OH), one of the Democrats on the receiving end of the GOP's stall tactics, told The Progress Report that their actions were "sexist." "You heard recently comments -- from the Republican side of the aisle, some of my Republican colleagues over there -- saying Speaker Pelosi should be put in her place, and I think that's what they thought they were doing with the Democratic women. And it's simply outrageous to me to have women being treated like that on the floor of the House," she said.