Did these Democrats forget what happens when women are denied access to abortion? 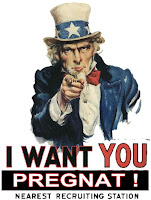 In a backroom deal brokered to get the votes necessary to pass the House health care bill, one amendment was allowed an up-or-down vote on the floor. The Stupak amendment -- which passed on a vote of 240 to 194 -- is the most serious assault on abortion rights in a generation.

What's more, according to FiveThirtyEight.com, 20 of the 64 Democrats who joined Republicans to pass the measure are nominally pro-choice.

Why did pro-choice Democrats vote to approve the Stupak amendment? We're telling these 20 Democrats -- all men -- to reconsider their vote and urge Congressional leadership to do everything they can to ensure the health care bill that comes out of committee does not take us back to an era of coat hangers and back alley abortions.

Sign our petition and we'll send a coat hanger to the 20 formerly pro-choice Democrats who voted to take away women's rights.

If the Stupak amendment is allowed to stand, it would ban private insurers who participate in the insurance exchange created by the health care bill from covering abortion as a part of women's reproductive health care. Tens of millions of women would be affected.

These 20 formerly pro-choice Democrats need to hear that it is NOT ok to throw women under the bus when it comes to passing health care.

Back in 1992, Working Assets helped its members send coat hangers to Congress. Now, 17 years later, it's time to do it again.

Please sign the petition, send a coat hanger, and tell your friends about CREDO's SendACoatHanger.com campaign.