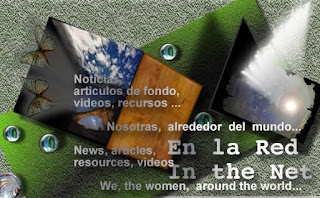 How we can connect with feminism's global future - Naomi Wolf

How Religion's Demand for Obedience Keeps Us in the Dark Ages

When Poverty Was White - In 1924 Virginia ordered Ms. Buck, 18 years old, unmarried and pregnant, to be forcibly sterilized. Her legal guardian appealed, and the case made it to the Supreme Court. The winning argument blamed her pregnancy on hereditary weaknesses — in particular, her presumed feeblemindedness.

Woman beaten in San Diego attack to be buried in Iraq - Iraqi-American Shaima Alawadi was found unconscious in her home with note next to her body that said 'go back to your country, you terrorist'

What made her go there? Samira Ibrahim and Egypt's virginity test trial - The court case was illustrative of patriarchal society, but the revolution against authoritarianism continues.

Afghans failing to protect women - Nearly half of all women in Afghan prisons are being held for "moral crimes" such as running away from home or adultery, according to a report by Human Rights Watch.

Tiny little laws: A plague of sexual violence in Indian country - My second day on the Standing Rock Sioux Reservation in the Dakotas, an official from the Bureau of Indian Affairs sent a memo to all its law-enforcement employees forbidding them to talk to me.

Rape and Red Tape on the Reservation: Why Native American Women Are Fighting For Plan B

For attitudes towards rape to change, society needs to drop its sexual double standard

Idaho Senator's Horrifying Rant: Wants Rape Victims to Question If It Was "Truly Caused By A Rape"

Sex after sexual abuse - "Am I Normal?": She was assaulted in a past relationship. Now she wants to know how to find pleasure again

Requiring Ultrasounds Before Abortion: One Mother’s Personal Tragedy- Carolyn Jones made the wrenching decision to end her pregnancy after learning that her unborn son had severe disabilities. Before she could get an abortion, the law required her to view her baby on ultrasound and hear detailed descriptions of his anatomy, an experience she calls “barbaric.”

Pro-Choice 'Doonesbury' Too Much for Many US Papers
“To ignore it,” Trudeau told The Washington Post, “would have been comedy malpractice.”

Utah’s New Abortion Waiting Game - The state’s new mandatory 72-hour waiting period for an abortion is condescending, costly and just as insidious as other restrictions.

How the "Pro-Life" Movement Puts Women Behind Bars - In Alabama, the claim that eggs, embryos and fetuses have separate legal rights has led to the jailing of 60 women.

Wisconsin Lawmaker to Spousal Abuse Victims: If You Are Being Beaten, Just Remember the Things You Love About Your Husband

"Sex Strike" Planned, Starting April 28: "If Our Reproductive Choices Are Denied, So Are Yours"

Captive Virgins, Polygamy, Sex Slaves: What Marriage Would Look Like if We Actually Followed the Bible

3 Ways Women Workers are Fighting Discrimination, Wage Theft, and Abuse on the Job

Open Thread: Does Feminism Really Need "the Next Gloria Steinem"?

In Aftermath of ICE Operation, Wyoming Woman Burns Herself and Her Daughter to Death - Friends say that after the ICE agents came, Delgado was terrified she would be separated from her daughter, and equally frightened she might be found by her abuser.

Feminists and Immigrants - Why don’t many women’s rights advocates see attacks on immigrants as part of their struggle?... “the ‘war on immigrants’ is not a parallel crisis–it is a direct affront to women’s fundamental human rights.”

The sexual politics of “The Hunger Games”