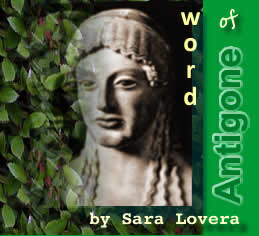 According to experts, the best way to breakdown communication or to avoid sending an effective message to make one think, is the excessive use of unconnected data, demagogic statements, unattainable proposals
and the repetition of information on facts related but presented
superficially.
In addition, it also helps to stress with pitiful messages, reports of tragedies and sorrows, whose effect on the recipients convey nothing but to feel more and not to reason.
On top of that, use political data with zero reality and no profound analysis of inequality.
To this informative and not communicative noise, add the principal message, which I saw in all the television images and heard in the radio: woman / family, woman / mother, woman / victim, woman / person in charge of everything; fundamental woman, where prestige but not rights are gained.
In official announcements the federal government supports women that do not transgress their fundamental role, with daycare centers, economic projects for mothers, caretakers of the sick, children, and the elderly.
Many people call this progress. A few years ago the problem was that there was no information about the status of women. Still, there is no thorough, effective information. Thus on March 8, not only in Mexico but also in other parts of the world, everything seems like an empty dialogue that repeats and repeats the same information year after year.
This March 8, International Day of the Woman - named by Clara Zetkin in 1910 to demand labor and political rights for women; a call to organize and to make policies to transform the world that oppresses them - produced in only two days such a nauseating quantity of data that it is useless.
It reminds me of a tropical song: “What is the use of reading the newspaper of yesterday? “In this way the newspapers, news bulletins, government propaganda on television, radio and the so- called alternative media, launched tremendous amounts of documents and speeches, words and more words: hundreds of pieces of unconnected information, images and audio that in the end reaffirm the subordinate position of women: I saw on television more mothers' images than on Mothers Day.
I noticed in announcements and interviews much more commiserations for violence than criticisms of the political machine and its impunity. I also saw Lolita de la Vega's news program, tinged with hate for women, using the pretext of March 8 to spatter all women with their perspective, full of hurtful phrases against them, again and again.
The serious thing is that a woman senator from the leftist PRD (Partido de la Revolución Democrática) endorsed the program.
In addition to that you have the stuff that appeared in some electronic newspapers from the beginning of March. Including using the patronage of the women whom they are calling to vote next July 5, with traditional promises, appealing to their fundamental role as reproducers and not as participants in political life.
The three principal political parties took advantage on March 8 to launch impossible promises and demagogic offerings such as: equality in the political representation inside the PRD; or more severity on punishing domestic violence, as PRI promised (Partido Revolucionario Institucional). Or the recognition by the PAN (Partido de Acción Nacional, the ruling right wing party) of the women who support the Felipe Calderon government .
I did not manage to read anything related to the meaning and the depth of inequality, the lack of social organization of women and the urgency to transform the system. Not at all, anywhere, not even in the National Council of PRD, supposedly on the left.
The National Assembly of Women of PAN was lamentable and the cynics of PRI offered the same program that the women demanded during the Mexican Revolution in 1916, in the First Feminist Congress celebrated
in Merida,Yucatan
I also got nothing about stopping the violent actions of the army or about stopping the death of hundreds of women from illegal abortions; except official reports of the INEGI (Instituto Nacional de Estadística y Geografía) or from international agencies.
Liilana Rojero, the executive secretary of the National Institute for Women, said to be more worried about unemployed women turning into petty drug traffickers than for the economic crisis and the unemployment itself, which will affect, according to forecast, the whole population, but much more women, because they have the most fragile position in the productive chain.
Actually, nothing was missed. They spoke about feminine cancers, about 264 women murdered in the first months of 2009; about violations of the law, of the impossibility to implement the Law of Gender Equality between the sexes. They spoke about the urgency of public politics, as if they had a magic power against the economic system that hurts the economy of families to the point that it increases malnutrition and disease.
Also I read how they did emphasize how many women from other entities had come to have an abortion in the Federal District ; I read about how for 10 years no one took the initiative to think about how to extract domestic workers from slave labor.
And above all, the main role, the only one necessary to keep the women quiet: motherhood. Also central to the the Zapatista's event in Oventik about Mama Corral.
About women with rights, citizens, about their economic contribution to the system, about their capacity to govern, to create and to construct other forms of social relationships...nothing. I neither read nor saw anything.
Actually, this March 8 convinced me that the creative energy of feminism has died; the energy that in the past made the powerful tremble, generated violent actions against their declarations and denunciations and altered the life of many women.